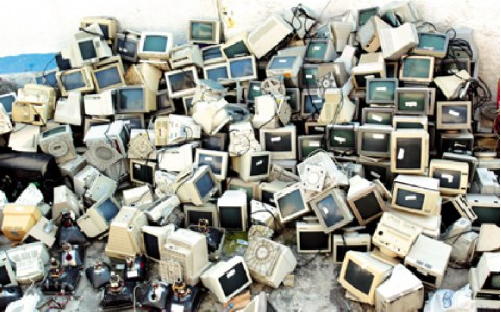 An international patent for recycling electrical appliances, is promoted by a businessman from Samos, Manolis Volakakis, who is the president of the consortium RAEcycle spa operating in Italy. The novelty of this patent is that it recycles old appliances, more specifically televisions.

Specialized machinery is used to separate lead from the glass at a very low temperature which allows the processing, without deterioration of the screen. This process allows for the production of 99% pure lead.

In the past, the recycling process was done by crushing the screen. The resulting material was used by the tile industry instead of enamel, consisting of  harmful substances in lead affecting humans and the environment.

“The testing period has been completed and the recycling process wil be put in place in December, ” stated Mr. Volakakis.

The RAEcycle spa that is located in Brescia, has established factories in Syracuse and Pavia. Their vision is to transform Syracuse into a global center of excellence, that will be able to process at least three thousand tons of glass, with lead coming from the recycling of 75,000 tons of televisions and personal computer screens.

RAEcycle spa is the main Italian system for managing waste from electrical and electronic equipment, batteries and accumulators.

The copyrights belong to the APE-MPE PC and are granted to subscribers only for specific use.