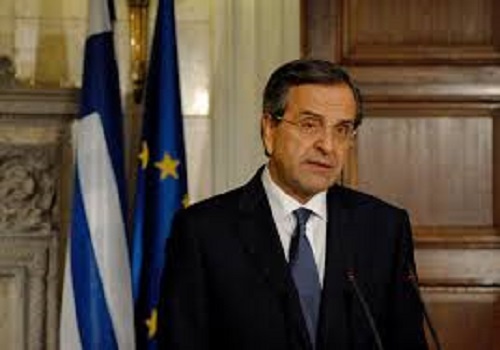 Antonis Samaras, the Greek Prime Minister, was in Brussels yesterday to plead for solidarity from the European countries. Right now, Greece still faces the possibility of new austerity measures and a third bailout. The Prime Minister was invited to speak at the event held in honor of the late Constantinos Karamanlis. In his speech he emphasized that Greeks are putting forth their best effort to manage their commitments. He also said that the Greeks as well as the government hope that their creditors would stand by the country.
Prior to a series of meetings with eurozone finance ministers in Luxembourg, Joerg Asmussen, the executive board member of the European Central Bank, stated, “we will need more savings or an increase on next year’s revenues in order to cover a fiscal gap.” However, Yannis Stournaras, the Greek Finance Minister told journalists that Mr. Asmussen didn’t repeat this claim during the Eurogroup. According to sources, it’s possible that Greece will need to find 2 billion Euros next year, above and beyond 4 billion it has already planned to save in the draft budget.
It seems that the two sides, (the European Central Bank and the Greek government) have a difference of opinion on the Financing gap. On the one hand the ECB supports that the financing gap could be around 6 billion euros. They also ruled out the possibility of rolling over the Greek bonds that they hold in order to cover the gap.
On the other hand, the Greek government supports that the Greek banks could roll over 4.4 million Euros in bonds. The notes, given to the banks by the Greek government in 2009 in return for preferential shares, mature next year. Exchanging them for new ones could provide the government with a breather. However, different inside sources support that the European Central Bank will block this move, because if government doesn’t pay out, it will impact the ration of a lenders’ core equity.
It is appears that Greece, not having many options, has a higher probability of the new austerity measures being imposed.