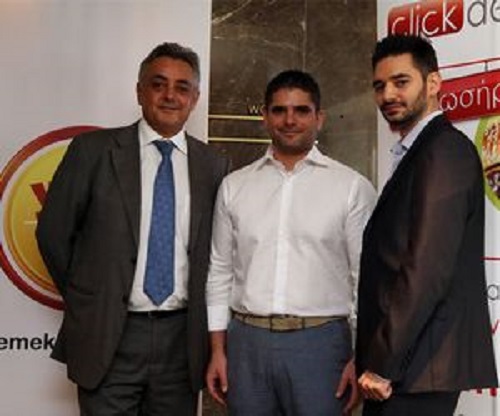 The The first Greek-Turkish cooperation in the ‘start-up’ field is around the corner. On Tuesday, October 1, Turkish Yemek Sepeti, which is the largest on line food delivery company in Turkey and has a presence in several countries of the Middle East, announced the business agreement signed with the Greek startup ClickDelivery.
The agreement, which is valued at three million euros will proceed in stages with a view to developing ClickDelivery in Greece. Yemek Sepeti will boost the Greek company with capital and technical knowledge, the control of which will remain in Greek hands.

In a press interview given by the co-founders and CEOs of Yemek Sepeti and ClickDelivery, Nevzat Aydın and Nicholas Stefanou, narrated the history of the two companies, which were established under conditions of economic suffocation.

Today Clickdelivery.gr operates 650 restaurants in Athens, Thessaloniki, Larissa and Ioannina, preparing more than 2,000 daily meals, serving more than 40,000 customers. The order is prepared in two minutes Stefanou said and added that the cooperating companies use special terminal equipment of ClickDelivery and access to the Internet is not necessary.