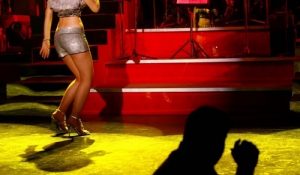 Famous singers –and not only- are consigned to prostitution by a ring in Athens which has spread its tentacles throughout Greece and over the Internet.
The police have already arrested a 29-year old man from Rethymno, and a 31-year old woman who sings at a nightclub on the coast of Athens.
The case was revealed, when the police officers of the Security Sub of Chania detected on the Internet a very “promising” publication: “If you are looking for something unique, I will find it for you. Do you want to f…. qualitatively? You want a singer or an actress? You just have to pay well. Regardless of gender. For couples, or not. Whatever you want, whenever you want it,” was the ad, along with the “manager’s” phone number.
A police officer in Chania contacted the manager and closed the agreement to have a 31-year old woman, who sings at an Athens nightclub, for three days at the cost of 11,000 euros.
Indeed, the woman flew to Chania yesterday afternoon, and was picked up at the airport by the 29-year old man and they drove to the rendezvous point, which was a luxury hotel. As flashnews.gr reported, they went to their room, where the police officer-client was waiting for them. The police officer gave the 29-year old man the amount of 11,000 euros.
When the 29-year old left with the money, the police intervened and arrested him for pimping and confiscated the money. The 31-year old woman was arrested for prostitution without a license and health documents, while during a search of the 29-year old man’s car, the police found: a baton, two folding stilettos, three mobile phones, a laptop, two furry pink handcuffs and various sex toys.