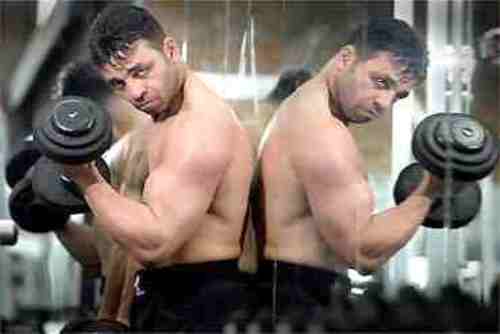 Stelios Longinidis, the first Australian to win world title in kick boxing, known as Stan The Man, will be inducted into Sport Australia Hall of Fame, the pantheon of top Australian athletes, on Oct. 10. Longinidis, 48, had an impressive career and has been crowned as world champion eight times.

He began his career in 1983 and competed for a world title in 1987 for the first time, in a match that ended scoreless. He traveled to the USA, achieved 18 victories in row, while, at the same time, he was a professional champion in Australia.

In April 1990, he became the first Australian to win world title in super heavyweight division, adding two more belts in his collection the same year. He was crowned as world champion in a match-thriller, in the presence of almost 100,000 spectators in Bangok, but this achievement of his was initially went unnoticed in Australia.

“For me that I have won so many distinctions around the world, it is a great honor to enter Australia’s Hall of Fame,” Longinidis, who is particularly proud of his Pontiac origin, said.

Sport Australia Hall of Fame President, former top marathon runner of Australia, Robert de Castella, said that it is not sufficient that someone is champion to enter the Hall of Fame. “He has to be excellent. And Longinidis is,” he pointed out.

Longinidis completed his career in 2000 at his birthplace, Melbourne, beating Peter Graham. He retired having 88 victories out of 101 matches, with 65 knock outs. He has been defeated only eight times and had five draws.

He is among the three athletes in the world, along with Ernesto Hoost and Fred Royers, who has received world title in three styles (Muay Thai, International Rules Kickboxing & Full Contact).