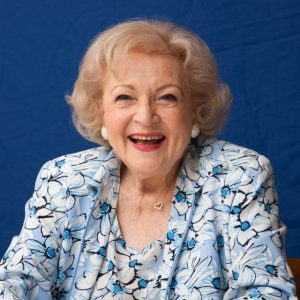 Betty White has another accomplishment to add to her lengthy Hollywood career: she’s made the 2014 Guinness World Records.

The 91-year-old actress of Greek descent earned the title, “Longest Career for an Entertainer (Female).” Having worked in the industry for 74 years, she made her debut in 1939, and went on star in some of television’s most successful series’, including “Golden Girls,” “The Carol Burnett Show,” and “The Mary Tyler Moore Show.”

White saw a resurgence in her career after appearing in a 2010 Super Bowl ad that later had fans campaigning for her to host “Saturday Night Live”; she did, becoming the oldest person to do so. Now starring in TV Land’s “Hot in Cleveland,” White doesn’t seem to be looking towards retirement anytime soon.

In an interview with the Guinness World Records, the actress said it was an “honor” to receive the title. She also said in her long career that she has “no regrets at all,” and considers herself “the luckiest old broad on two feet.”