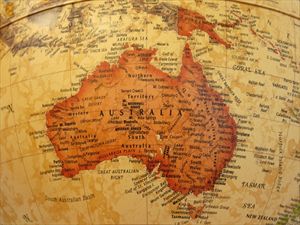 August 28 was the 184th anniversary of the first arrival of Greeks in Australia, who were convicts of piracy according to the late historian Hugh Gilchrist. The occasion gives us the opportunity to make a reference to the story of the seven sailors from the island of Hydra.

The first ever Greek immigrants to Australia were seven convict sailors from Hydra, convicted of piracy by a British naval court in 1829 and were sent to serve out their terms in New South Wales.

According to the historian Hugh Gilchrist, who has also served in the past as an ambassador of Australia to Greece, the sailors were crew members of the ship Hercules which attacked the British Ship Alceste off the shore of Libya and removed part of its cargo in July 1827.

In 1834, the seven Greek convicts were eventually pardoned. Five of them left Australia and two decided to stay in the country’s settlements. The two men who stayed were Gikas Voulgaris and Antonios Manolis. The latter made a family with an Irish woman and became a farmer in Picton, a region southwestern from Sydney, where he is buried. His grave in Picton can still be seen today.

The first known free Greek migrant to Australia was Katerina Georgia Plessos (1809–1907), who arrived in Sydney with her husband Major James Crummer in 1835. They married in 1827 on the island of Kalamos where Crummer, the island’s commandant met the young refugee from the Greek independence wars. She is thought to be one of the last people to speak to Lord Byron. They lived in Sydney, Newcastle and Port Macquarie where she is buried. They had 11 children.

The first free Greek settler to South Australia was Giorgios Tramountanas who arrived in Port Adelaide in 1842. He was a pastoralist on the west coast of South Australia and eventually became a well-respected sheep farmer and prominent member of the Elliston district. He is revered by the Greek Orthodox Community of South Australia as their Pioneering Grandfather.

The 1901 census recorded 878 Greek-born, but this estimation is considered to omit a few hundred other ethnic Greek Immigrants from the Ottoman Empire and elsewhere. The expulsion of Greeks from Asia Minor in 1922–23 led to further Greek Immigration to Australia, primarily to New South Wales. These Greeks were mainly form Kythera and Castellorizo. The number of Greeks from Greece proper had risen to 12,291 by the time of the 1947 census.