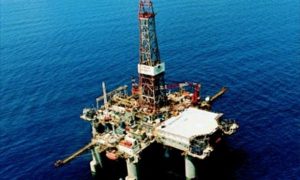 The Greek Ministry of the Environment, Energy and Climate Chance announced that it expects the seismological research and estimation by the Norwegian company PGS regarding the oil and natural gas reserves existing in the Ionian Sea and south of Crete to be turned in by the end of the year.
Yannis Maniatis, the Minister of the Environment, released an announcement concerning the submission of a common plan by Energean Oil & Gas S.A., Trajan Oil and Gas Limited and Grekoil Energy Ventures Limited to come along with the oil field situated in Katakolo, Western Ilia.
The discussions and meeting of the three companies took place in July, when the Minister suggested the plan and the Evaluation Committee decided that a “forced marriage” will “better and more efficiently serve public interests.” Maniatis said it had worked for them to co-operate.