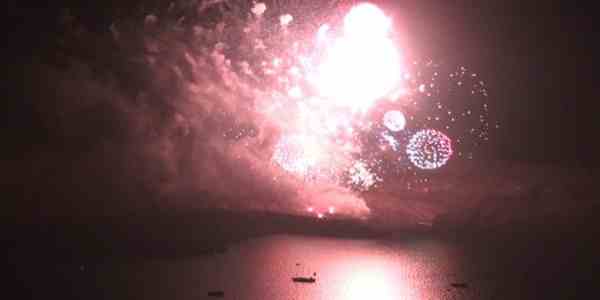 The traditional Ifestia festival brought thousands of visitors to the caldera to attend a spectacular ceremony.

The Ifestia Festival, the representation of the volcanic eruptions, which is held every August in Santorini, constituted for another year a unique spectacle for visitors.
Images, colors and sounds synthesized late last night (25-08-2013) an unforgettable experience of sensations and emotions. The organizers poured the volcano with petrol and set it on fire to represent the lava. Then, colorful fireworks lit up the sky.
[youtube]eRvcaEHGUsU[/youtube]
(video: neasantorinis)