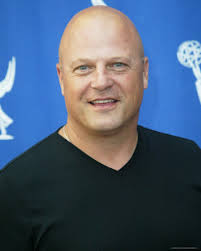 Actor, comedian and writer Jason Mantzoukas will play Dr. Theodorakis in the upcoming comedy “Townies,” set to hit theaters in May 2014.

The film, from director Nicholas Stoller (“Get Him to the Greek,” “Forgetting Sarah Marshall”), revolves around a couple with a newborn baby who face unexpected difficulties after they are forced to live next to a fraternity house. The cast also features Zac Efron, Dave Franco, Rose Byrne, Lisa Kudrow, Seth Rogan and Jake Johnson.

Mantzoukas is best known for his recurring role as Rafi in the FX series “The League,” and as co-star to Sacha Baron Cohen in “The Dictator.” He also will appear in another film scheduled for release in 2014, “They Came Together,” about a small business owner who is about to lose her shop to a major corporate development.

We caught up with Mantzoukas a few years ago at a red carpet premiere, where we asked his opinion on the best things about Greece. Check it out: