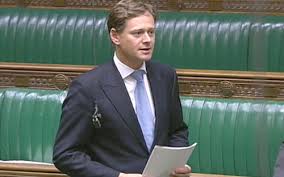 The Conservative MP, Matthew Offord, wrote a letter of request to the British Foreign Secretary to help in order for the Cypriot government to accept the proposal for the return of Ammochostos to its rightful inhabitants.

In his capacity as Chairman of the All Party Parliamentary Group for Cyprus, a position that he recently assumed succeeding David Burrowes, as well as representing the multitudinous Cypriot community of the region of Hendon in North London, Offord stressed to William Hague that there are several sectors in which the UK government needs to renew its focus of interest, in order to seek a solution for the divided island.