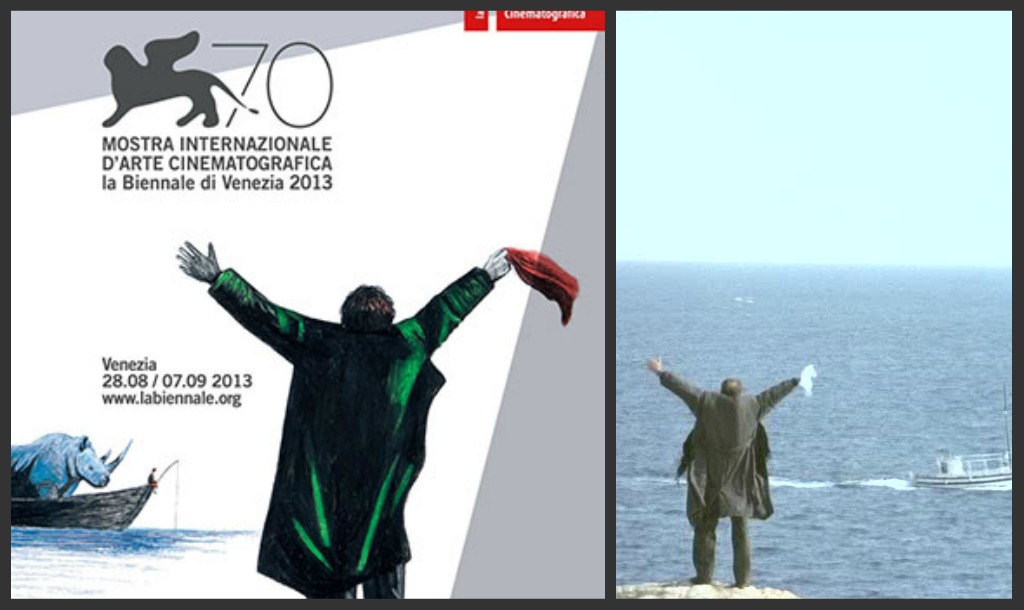 The official poster for the 70th Venice Film Festival was unveiled on Friday, July 5, and the image was inspired by Greek director Theodoros Angelopoulos’ film, “Eternity and a Day (Mia aioniotita kai mia mera).”

The 1998 drama centered on a famous writer named Alexander who falls very ill and ends up meeting a young Albanian boy that he wants to help get home. The Venice Film Fest poster recalls a frame from “Eternity and a Day,” with its star, Bruno Ganz, extending his arms out towards a boat. The image of the boat in the poster carries a rhinoceros and a child, and is a nod to last year’s poster which featured Federico Fellini’s 1983 drama “E la nave va (And the Ship Sails On).”

The Venice Film Festival is the world’s oldest film festival. It begins August 28 and runs through September 7. The line-up of the Festival will be announced during the official press conference to be held at the end of July in Rome.

The Past — and Future — of Athens’ Omonia Square