Epidaurus Opens With Kimoulis and Medea 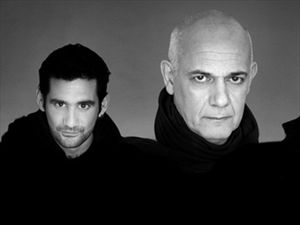 Medea by Euripides, the tragedy of love turning into a terrible and savage hatred, premieres July 5 at the Ancient Theatre of Epidaurus, opening the this year’s Epidaurus festival.
Spyros A. Evangelatos directed for the second time this play, 12 years after his presentation from the Epidaurus Amphi-Theatre in 2001, with Lida Tasopoulou in the role of Medea.
Now the director returns to Euripides’ text under a special condition: The play is staged exclusively with male cast and the protagonist is George Kimoulis.
“This is a project ‘morphologically’ based to some principles of the performances in antiquity: the male presence in all the roles (and in the Chorus) and masks. Of course these presumptions operate differently today,” noted the director who is presented in a production of Vasilakou Theater.
“Medea is a play which breaks conventional logic, even the same conventional passion. And the most paradox: although the heroine has committed the most heinous crime, the infanticide, she is not punished at the end of the play. The Euripidean conception is moving elsewhere. Beyond morality,” he added.
“We want to believe that the interpretation of Medea by a man with its tough male sound is likely to pull the spectator away from the emotional and moral interpretation of the Story, where a woman is betrayed by her husband and then she takes revenge by killing his children, bringing him into contact with the cosmological sight of Euripides, where the nature, represented by the woman, punishes the man and the entire humanity, which perpetuates its male identity,” George Kimoulis observes.
The play will be also performed July 67, at the Ancient Theatre of Epidaurus and then it will make a tour around Greece.