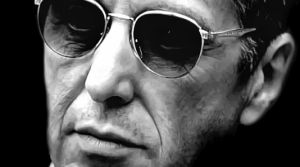 Meirelles, a Brazilian director noted for his work on “City of God” and “The Constant Gardener,” says the film will be similar to “The Godfather,” but Onassis will be the center of the story. An adaptation of the controversial Peter Evans’s book, Nemesis: The True Story of Aristotle Onassis, Jackie O, and the Love Triangle That Brought down the Kennedys, Braulio Mantovani will pen the script.

Evans, an investigative journalist, wrote of Onassis and Bobby Kennedy’s dislike for one another. Over several decades, their intense mutual hatred only grew, as did their desire to compete for the affections of President John F. Kennedy’s widow, Jackie. The author reveals in the book that the Kennedy-Onassis-Kennedy love triangle put the Greek billionaire, who married Jackie in 1968, at the heart of the plot to kill Bobby Kennedy.

Michael Fassbender is set to play Bobby Kennedy. Scheduled to begin shooting in September, the film has yet to cast the role of Jackie O.