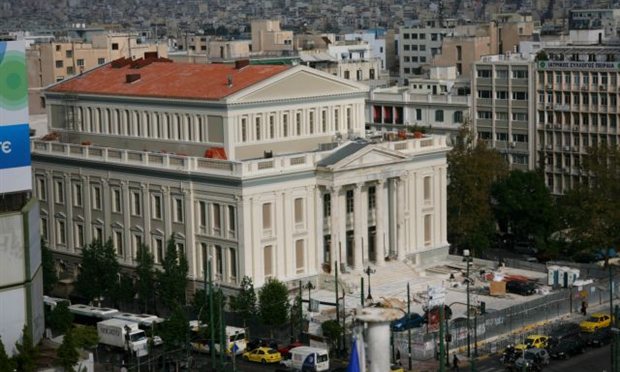 The reopening of the Municipal Theatre of Piraeus, one of the city’s most beautiful structures, is set for Sept. 21, Mayor Vassilis Michaloliakos announced.
“The contractor (TOMI SA) which took over the restoration of the theater, not only proceeded to a restoration, but also promoted the place and its visual image, combining them with the most modern technology, lighting and sound means, so that we can now be proud that such a building adorns our city and will be able in a very short time to host theater and long-range performances.,” he said.
Additionally, the current form of the Municipal Theatre requires staffing by staff with expertise both in artistic matters, and in the management of large capacity installations.
“The theater will be a modern cultural center of international standards, which can support the high-level programming, theatrical, musical, dance, opera, culture and congress events. The theater will schedule an artistic opening to the Mediterranean countries and become spiritual pole of the Mediterranean region and Cultural Center, a Theatre of the Mediterranean, which will support large events,” he said.