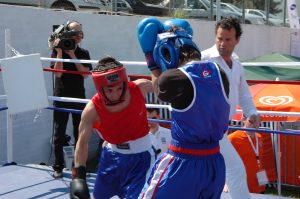 According to the Bulgarian National Radio, the Greek Boxing Federation has uncovered a fraud concerning counterfeit boxing diplomas issued by the National Sports Academy in Sofia, Bulgaria, which is considered to be one of the most prestigious sports schools in Europe.

Despite the fact that the nine trainers involved in the case were appointed after presenting diplomas with seals from the Vasil Levski National Sports Academy in Sofia, their inadequate knowledge of the sport was obvious during the training.

The Greek Sports Academy addressed the sports academy in Sofia for the case, and the answer it received from the academy rector was published in many Greek media. The nine trainers were completely unknown to the Bulgarian sports academy. However, the Greek sports federation is also held accountable for the case because it appointed the trainers without first checking the authenticity of their diplomas.

The case is now referred to the prosecutor’s office.