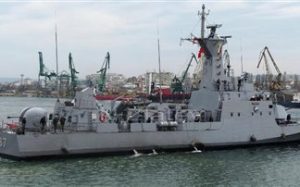 The Turkish warship Atak circumnavigated eight Greek islands from 7 a.m. to 2:25 p.m. on May 26,  violating Greek territorial waters, which is a common occurrence and draws no retaliation, only monitoring.
The Turkish warship, coming from the port of Smyrna, entered national territorial waters of Greece between the Greek islands Mykonos and Naxos, officials said. It next moved in a westerly course between the islands Sifnos and Serifos, in north, northeastern course between Kea and Kythnos and exited the territorial waters at 2:25 pm from Cavo D’Oro, between Euboea and Andros island.
According to the Hellenic National Defense General Staff, “a ship of the Hellenic Navy, as well as aircraft of the Hellenic Air Force were watching the said warship closely during the whole duration of its course.”