Pyrros Dimas Elected to The IWF Executive Board 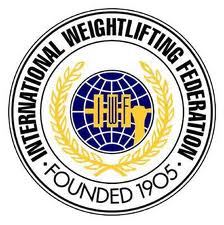 On May 22, the International Weightlifting Federation’s (IWF) Electoral Congress in Moscow, Russia, was completed and the Federation’s Officers for 2013-2016 were elected. Greece’s delegation consisted of Yiannis Sgouros, the Federation’s lifelong secretary, and the Olympic medalists Pyrros Dimas and Valerios Leonidis, trainer of the Greek National team.

Sgouros talked about the so far great course of the Greek Weightlifting team in the Olympic Games and the challenges of the future. He added that weightlifting has to become more popular and widespread among young people and the international sports community.

The fact that Pyrros Dimas was elected Officer to the IWF Executive Board is not only a personal honor for the three times Olympic and three times World Champion, but also the result of the 30-year systematic work within the International Federation on the Greek side, which seems to be finally generally acknowledged.

“If you work hard and effectively you will be rewarded, because foreigners do not forget and honor the effort you have made,” Sgouros commented to ANAmpa.

Dimas said he felt proud and moved by this international recognition for the Greek Weightlifting and promised to work with all his power for the sport and the success of the Greek National Team.

The IWF Electoral Congress started with a greeting by the President of Russia, Vladimir Putin. Dr. Tamas Ajan from Hungary was reelected President to the IWF Executive Board.