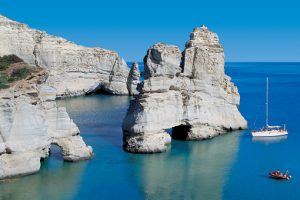 Tourists are returning to Greece, according to the German newspaper Tagesspiegel, which notes that the country’s image has now improved from last year’s images of constant protests, strikes and riots against austerity measures, while the travel website Trivago classifies three Greek islands among the 14 cheapest destinations in Europe.

Tagesspiegel, in an article entitled Hopes in The Summer, notes Greece’s changed perception and cheaper rates being offered by hotels to lure customers.

“Last year the TV shots with riots in Athens, the cover pages, the constant strikes as well as the fear of the possibility of the country’s bankruptcy prevented many tourists from visiting Greece. Tourism fell by 5,5% , to 15,5 million. But the country’s image has now improved,” it said.

Trivago reported that hotel prices in Greece have fallen 15.2%, putting the islands Kos, Milos and Rhodes in fifth, sixth and eighth on the cheap vacation list.