Pictures of Megan Fox and her body double on the set of “Teenage Mutant Ninja Turtles” have everyone asking, “Who’s that girl?” standing next to the famous Hollywood beauty. That “girl” is Greek-American model and actress Maria Papathanasiou.

While shooting on the streets of New York City this week, photos were snapped of a stunning Fox and an equally stunning Papathanasiou dressed in the same clothing. Donning a yellow jacket, black jeans and grey shirt, with similar reddish-brown locks, the only thing that separated the two ladies was a helmet and a bike. 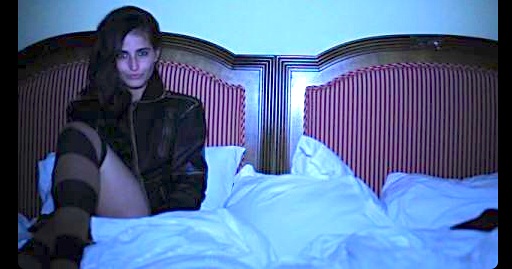 Papathanasiou, a Brooklyn-based model/actress, was cast to do Fox’s stunts in the reboot of the 1990s flick. Websites have been abuzz since the photos were released, and some are even comparing Papathanasiou’s looks to another celeb: Penelope Cruz. 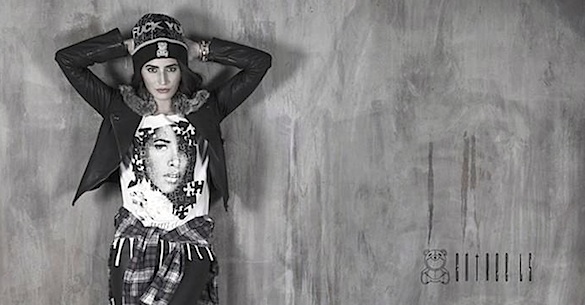 The 27-year-old Fox (who celebrates her birthday today!) recently returned to making movies since giving birth to her first child, Noah Shannon, in September. She and husband Brian Austin Green spoke to Greek Reporter on the Golden Globes red carpet this past January about beauty, movies and possibly paying a visit to Greece one day. (Watch video below)

“Teenage Mutant Ninja Turtles” is a live-action feature based on the comic book (and later, cartoon series) about a group of crime-fighting turtles named after four Italian Renaissance artists – Donatello, Michelangelo, Raphael and Leonardo. Directed by Jonathan Liebesman (“Wrath of the Titans”), the plot revolves around the Ninja Turtles as they defend the world against an alien invasion. Fox stars as television reporter April O’Neill. Alan Ritchson, Pete Ploszek, Jeremy Howard and Noel Fisher form the Ninja Turtles. Michael Bay, who notoriously feuded with Fox after she starred in two of his “Transformers” films, is producing. The two made amends after the actress apologized for her harsh remarks in which she compared Bay’s directing tactics to “Hitler.”

Afghan Refugee in Greece Awarded Scholarship to Study in US

From Delphi to Google: Ancient Oracle to Modern-Day Search Engines