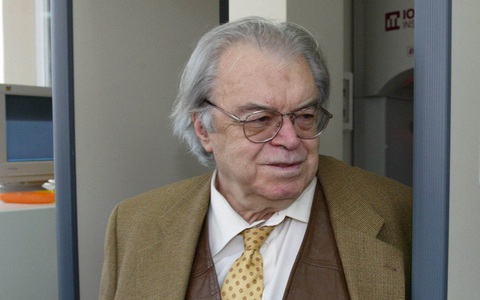 Well-known criminal lawyer Alexandros Katsantonis passed away at the age of 86. He was hospitalized in Athens with serious heart problems.
He was a legendary figure of Greek courts, leading some of the cases heavily publicized, such as the November 17th Terrorist Organization, the case of Alexandros Grigoropoulos and of   entrepreneur Joseph Vagionis and Akis Panou.
Alexandros Katsantonis was a columnist in several newspapers for years, while his orations turned courtrooms into university auditoriums with many younger lawyers attending.
He served as a professor of Criminal Law at the Athens Law School. He received a solid education and worked for many years at the renowned German Institute, Max Planck, next to leading foreign lawyers.
The President of the Greek parliament, Evangelos Meimarakis made the following statement: “I express my deepest condolences for Alexandros Katsantonis’ death. Mr Katsantonis was a distinguished lawyer and Professor of Criminal Law. He was distinguished for his deep professional and scientific training and passion for his job, his defending democratic institutions and fundamental rights, both on an individual and social level. Mr Katsanonis honored the service of academics as well as the combative lawyer service and contributed to the progress of the law culture of our country. “