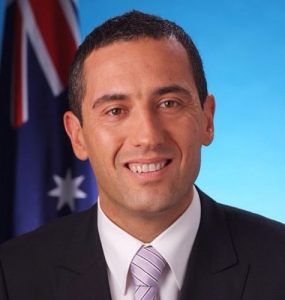 According to the newspaper The Australian, Tom Koutsantonis of Greek descent, Minister in South Australia, is one of the most notable officials of the South Australian Labor Party and has a lot of chances of becoming its leader.

The newspaper reports that all new, up-and-coming politicians are ambitious to become future leaders of their political parties.

Among those who intend to reach the leadership of the Labor Party of South Australia, is the 41-year-old Minister for Transport and Infrastructure, for Mineral Resources and Energy, and Minister for Housing and Urban Development, Tom Koutsantonis, and the 40-year-old Minister for Health, Jack Shelling, who has chaired the presidency of the State Parliament and has been treasurer.

It all seems that both politicians are willing to claim leadership in case the Labor Party loses government during the forthcoming elections and the current Prime Minister resigns.

Both ministers come from the powerful right wing of the Labor Party and entered the Parliament of South Australia in 1997’s elections. Koutsantonis has more chances to win the leadership position according to the newspaper.

Koutsantonis was born on August 23, 1971. He holds the seat of West Torrens in the House of Assembly and was first elected to the South Australian Parliament on 11 October, 1997. He is active in the local community as Member and Patriot of organizations and associations such as the St. George Orthodox Church and the Messinian Association. He was first appointed to the Labor Ministry on 3 March 2009, according to an Australian governmental website.