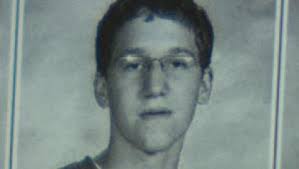 Born in Canada by Greek Orthodox parents, 24-year-old Christos Katsiroumpas who converted to Islam, is one of the two suicide bombers who recently blew themselves up killing 10 hostages in Algeria. The attack was made in retaliation for the French intervention in Mali.

During the French operations in Mali, on Jan. 16, Islamist rebels retaliated attacking and occupying the facilities of a company in Algeria. Four days later, Algerian special forces attacked the factory resulting in the death of at least 37 foreigners, an Algerian hostage and 29 Islamists.

According to Canadian TV (CBC), 10 of the hostages died in the final phase of the operation when two of the Islamists blew themselves up. According to the Canadians, the two Islamists had Canadian passports.

Besides Katsiroumpas, the other suicide bomber was known as Ali Mentlez. They both lived in the city of London, Ontario and went to school together. Not much information came to light about the Greek Islamist, only that in 2007 he left school.

The television network stated, that Katsiroumpas was likely the person hostages described as “the blonde who spoke North American English.”