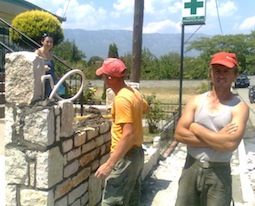 Greek Ministry of Interior published its annual stats in relation to the process of issuing Greek citizenship to children of immigrants born in Greece in conjunction with a citizenship law passed by PASOK, which the Greek High Court deemed unconstitutional.
During the period of March 24th, 2010 to August 2012, 39,772 foreigners applied for a Greek citizenship. A total of 13,425 people received their citizenship, – stated Haralambos Athanasiou, deputy Minister of Interior.
According to Athanasiou, 4,595 children born to immigrants in Greece automatically received their citizenship,  3,501 of whom were children of Albanian parents.
During the same period, 5,550 citizenships were issued to immigrant students, of whom 4,740 are Albanians, which brings the total to 8,241 Albanians who have received Greek citizenship for the given period.