The Greek War of Independence commenced in 1821 and waged until 1832 when the Greek free state was finally established under the blessings and the needs of the then powerful allies of the Greek revolutionaries, the British, the French and the Russian. The national day celebrated on March 25th pays tribute to all men, women and children who lost their lives for the dream of a sovereign free country, and especially to the heroes of the Greek Revolution that risked their lives for freedom from the Ottoman Empire. But as always, there are black pages in every history book of the world, and Greece’s were not an exception. Although it goes mostly unnoticed, the fact is that many Greek captains of the Revolution were sent to jail during and after the war against the Ottomans. Others were pushed aside by the newly formed state as too dangerous for the common good or too unpredictable for the reigning forces.

Here follow some of the most exemplary and tragic stories of the Greek captains of 1821, who ended up underprivileged, captured, begging on the streets and even dead. 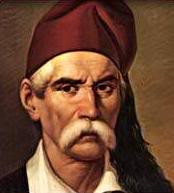 Nikitas Stamatelopoulos or Nikitaras or the Turk-eater died in September 25, 1849, totally forgotten and poor.The brave and honorable man who stood out in the battle of Dervenakia and was told to have broken three swords with his fury in the battlefield, was groundlessly accused of conspiracy against King Otto and was sent to prison first in Palamidi (along with his uncle and Revolution captain Theodoros Kolokotronis) and then on the island of Aegina.
When the then Greek Prime Minister Ioannis Kolettis asked him to kill a rival and former captain of the Greek Independence war, Odysseas Androutsos, in exchange for a government position, Nikitaras refused the offer and became angry with Kolettis. He also refused to take booty after the victorious battle of Tripolis, a normal practice of Balkan irregulars at the time.
Nikitaras was released from prison in 1841, but the period in jail broke his health and he was almost blind due to diabetes problems. The Greek state refused to grant him and his family any descent pension to make a living, but instead allowed him to beg before a Virgin Mary church every Friday. In 1843, when King Otto was forced to sign the Constitution, Nikitaras was given the title of major general and an insignificant pension. He died in 1849 in Piraeus. 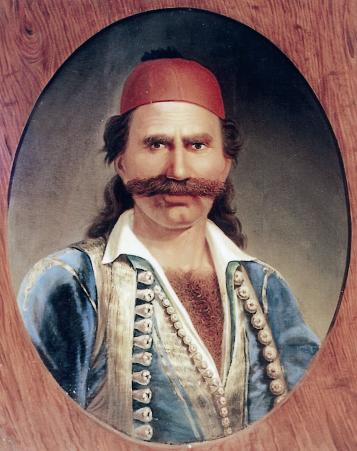 A major hero of the Greek War of Independence, Odysseas Androutsos earned the title of Commander in Chief of the Greek forces in Roumeli, but his glory did not last long. His intense personality and constant conflicts with the “kalamarades” as he called the politicians and the clergy resulted in making him suspicious of the politics followed at the time. In spring 1822 Ioannis Kolettis accused him of betrayal and cooperation with the Ottomans, so that Androutsos gave up his title as Commander in Chief but never gave up his fighting against them. Seieng through the scheming of politics, Androutsos retired in a cave, the Black Hole, totally disappointed with the newly emerged state of the Greeks after the independence war.
There, in his cave north of Parnassus Mountain, Androutsos’ isolation made Kolettis and his enemies even more suspicious of his intentions and soon he was accused of making agreements with the enemy against the interests of the Greeks. Androutsos, however, is said to have called for the cooperation of the Ottomans in order to take them by surprise and fight them from the inside. The arrest of Kolokotronis made Andoutsos even more hostile towards politicians. Then the government in 1825 assigned to Yiannis Gouras, a close lieutenant of Androutsos, with the mission to take care of Androutsos. Androutsos finally surrendered to the government forces and was led to an Athens prison. Karaiskakis, another major figure of the Greek Independence war, was outraged by his imprisonment and even attempted to rescue his fellow fighter. The attempt failed and to cool things down Gouras asked for the government’s help.
The trial date for Androutsos was pending now, but on June 5 at midnight Gouras gave the order and five men including an unknown priest entered Androutsos’ cage and killed him after hours of torture. The lifeless body of Androutsos was then pushed off the prison tower of Goula down to the Temple of Athena Nike of the Acropolis. Androutsos’ death was declared as a failed escape attempt. 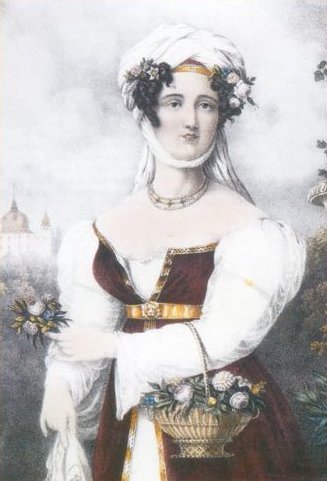 Laskarina Bouboulina was a Greek naval commander and heroine of the Greek Revolution. Being married twice to prosperous husbands, Bouboulina bought arms and ammunition at her own expense and brought them secretly to the island of Spetses on her ships, to fight for the sake of her nation. Construction of her ship Agamemnon was finished in 1820. She bribed Turkish officials to ignore the ship’s size and it was later one of the largest warships in the hands of Greek rebels. She also organized her own armed troops, composed of men from Spetses. She used most of her fortune to provide food and ammunition for the sailors and soldiers under her command.
The people of Spetses revolted on 3 April, and later joined forces with ships from other Greek islands. Bouboulina sailed with eight ships to Nafplion and began a naval blockade. Later she took part in the naval blockade and capture of Monemvasia and Pylos.
When the opposing factions erupted into the second civil war in 1824, the Greek government arrested Bouboulina for her family connection with now-imprisoned Kolokotronis; the government also killed her son-in-law Panos Kolokotronis. With the order to be arrested, she was exiled back to Spetses poor and disappointed by the new Greek reality. In 1825, while Ibrahim Pasha of Egypt disembarked in Pylos in a final attempt to smother the revolution, Bouboulina began preparing for new battles despite her animosity towards the politicians. However, on May 22 of the same year, Bouboulina would die a tragic death. Her younger son from her first marriage fell in love with the daughter of the powerful Koutsaios family of Spetses and the couple fled to the house of Bouboulina’s first husband. Bouboulina and the Koutsaios soon arrives at the house and after a long and furious dispute, Ioannis Koutsis shot her in the head fatally. The case was closed and no-one ever put the perpetratorson on trial.
Manto Mavrogenous was a Greek heroine of the Greek War of Independence. A rich woman, 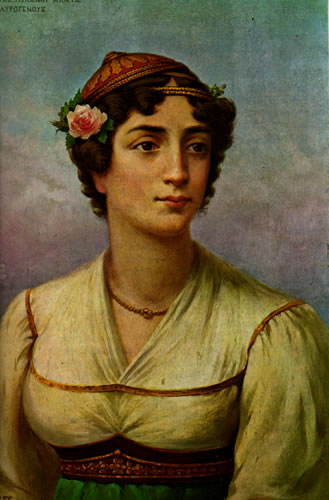 who spent all her fortune on the Hellenic cause. Under her encouragement, her European friends contributed money and guns to the revolution. When the struggle began, she went to Mykonos, the island of her origin, and invited the leaders there to join the revolution.
She equipped, manned and “privatized” at her own expense, two ships with which she pursued the pirates who attacked Mykonos and other islands of the Cyclades. She also equipped 150 men to campaign in the Peloponnese and sent forces and financial support to Samos, when the island was threatened by the Turks. Later, Mavrogenous sent another corps of fifty men to Peloponnese, who took part in the Siege of Tripolitsa and the fall of the town to the Greek rebels. She spent money on the relief of the soldiers and their families, the preparation of a campaign to Northern Greece and the support of several philhellenes. She also sent a group of fifty men to reinforce Nikitaras in the Battle of Dervenakia.
She moved to Nafplio in 1823, in order to be in the core of the struggle, leaving her family as she was despised even by her mother because of her choices. After her unfortunate love story with Dimitrios Ypsilantis, Mavrogenous lived depressed for a while in Nafplion. After Ypsilanti’s death and her political conflicts with Ioannis Kolettis, she was exiled from Nafplio and returned to Mykonos to live in extreme poverty. When the war ended, Greek Prime Minister Ioannis Kapodistrias awarded her the rank of the Lieutenant General and granted her a dwelling in Nafplio, where she moved. She left for the island of Paros in 1840, where she died in July 1848, in oblivion and poverty.