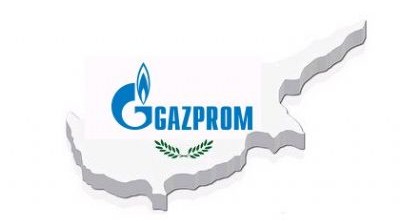 Russian energy giant Gazprom has offered the Republic of Cyprus a plan in which the company will undertake the restructuring of the country’s banks in exchange for exploration rights for natural gas in Cyprus’’ exclusive economic zone, local media reported.

Representatives of the Russian company submitted the proposal to the office of Cypriot President Nicos Anastasiades on Sunday evening, Sigma TV reported.

The proposal states that Gazprom will fund the restructuring of the country’s crippled financial institutions in exchange for substantial control over the country’s gas resources while Cyprus won’t need to take the harsh bailout package offered by the EU.

EU offered a 10 billion euros rescue package to Cyprus with the condition of raising 5.8 billion euros ($7.5 billion) by taking a piece of every bank account in Cyprus. The originally proposed levies on deposits are 9.9 percent for acounts exceeding 100,000 euros and 6.7 percent on anything below that.
Cypriot President Nicos Anstasiades is not willing to discuss the Russian’s offer according to Newsit who cited an anonymous source close to the President.
“The president is not going to discuss this plan because he wants a solution that will come from the EU,” said the anonymous source.
Shortly after the rejection of the Gazprom proposal, Anatoly Aksakov, the head of the Association of Regional Banks of Russia and a member of the Board of the Central Bank of Russia spoke to Interfax describing the country’s banking system as “not trustworthy” and advised Russian citizens “to withdraw their deposits from Cyprus.”
“Our belief, that Cyprus is a place where it is convenient for people to keep their money, will be undermined if the Cypriot parliament passes the decision of Eurogroup» said Aksanov.
Cyprus’s Parliament has postponed its decision on whether it will go along with a tax of up to 9.9 percent on the savings of bank account holders as demanded by international lenders in return for a 10 billion euros ($13 billion) bailout to keep the island country’s economy from collapsing. The vote that was due to take place on March 17 was pushed back to Monday, a holiday in Greece and Cyprus, when banks would be closed in any case.
Gazprom is the largest extractor of natural gas in the world and the largest Russian company.