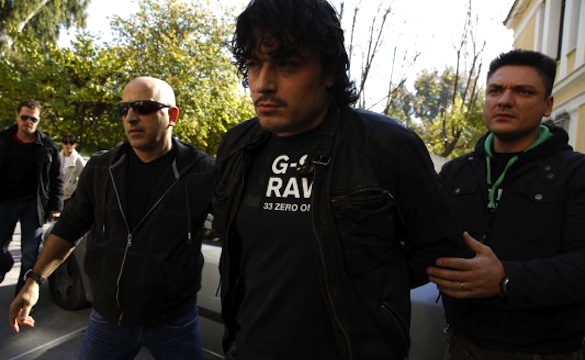 Alket Rijai, a well-known Albanian convicted murderer took prison employees hostage at a central Greece jail late Saturday.  Rijai has been incarcerated in the Malandrino jail since 2003 after being convected of murder.
The convict clams that he has explosives, including a grenade, and threatens to blow up the prison if his demands are not met.
Negotiations are already under way and the general secretary of the ministry of justice together with Greek special forces teams are en route to the Malandrino prison.
The precise demands of 36-year-old Alket Rizai are not yet known.
According to a police source, three special police units have been sent to the scene and all prison employees who were on leave have been called back.
Rizai is known for two much-publicised previous attempts to escape, along with Greece’s most famous convicted criminal Vassilis Paleokostas.
The duo attempted two dramatic helicopter getaways from the Korydallos prison in Athens in 2006 and in 2009.