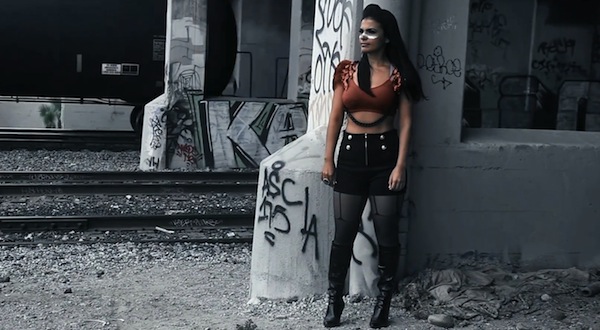 For the first time, a Greek-Australian singer has hit the number one spot on the Billboard Dance Charts list in the U.S.A.

Vassy’s “We Are Young” – the title track of National TV adverts for Chevrolet and Skechers, as well as the trailer track for the new Tina Fey movie Admission; shot to #1 – thanks to its leading remix from Grammy-nominated producer Dave Audé.
Vassy, whose Australian background is unique as her voice, is deftly talented at penning strong lyrics that convey her own positive and uplifting attitude towards life – immediately transporting her  fans to a happier place.
Says Vassy on her time in Australia: “Growing up in a remote part of Australia has really made me the person I am today. I’m proud to be Australian – we know the true meaning of hard work! It’s definitely the reason why I am where I am today. Australian culture teaches you to work hard and never give up. It can sometimes seem as if we’re slightly isolated from the rest of the world – so we really had to think outside the box to make things happen!
Vassy was born in Darwin to Greek immigrants, fell in love with Billie Holiday at a young age, and moved to the United States to pursue her dream of becoming a musician.
“She was my pure inspiration” she says of Billie Holiday, “I heard this voice on a Darwin community radio station and it immediately caught my attention. She evoked emotion within me, something that resonated so strongly – and I became passionate about her and American culture through her music.”