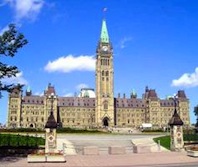 After much prodding from Greece and international pressure, the Turkish government is examining at least two formulas for the reopening of the Greek Orthodox seminary on Halki island off Istanbul, the Hurriyet daily said, adding that Prime Minister Recep Tayyip Erdogan has already appointed a new committee headed by his undersecretary, Efkan Ala, to hammer out a plan.

According to the front-page report, the theological school could reopen as part of a Turkish university institution, under the comparative religion department. However, that scenario is said to be unpopular with the Istanbul-based Ecumenical Patriarchate, as it would put the seminary under the control of Turkey’s Higher Education Board.

An alternative formula, Hurriyet reports, is to allow the Halki seminary to function as part of a foreign – possibly Greek – university. The move would nevertheless require an amendment to Turkey’s constitution. The government has repeatedly refused to reopen the seminary.

The European Union has said reopening the Halki seminary, a center of Orthodox scholarship for more than a century until Turkey shut it down and confiscated in 1971, is key if Ankara wants to join the bloc. Washington has also pressed Turkey on the issue.