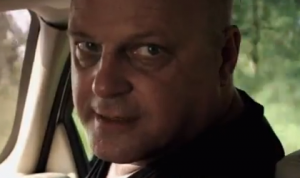 In “Parker,” which hits theaters January 25, Michael Chiklis faces off against Jason Statham in the thriller about a thief who is betrayed by his crew and left for dead.

Chiklis goes head-to-head with Statham in the film. He plays the lead villain who turns a group of thieves against Statham’s character, Parker. After they think they’ve killed him, the robbers take off, not realizing they didn’t finish the job. Assuming a new identity, Parker seeks revenge after forming an alliance with a woman on the inside (Jennifer Lopez).

Greek-American Chiklis is most noted for his roles on the television shows “The Commish” and “The Shield.” He’s also known for playing The Thing in the “Fantastic 4” film series. Currently, he co-stars on the CBS crime drama “Vegas.”

Here’s a look at the trailer for “Parker”: