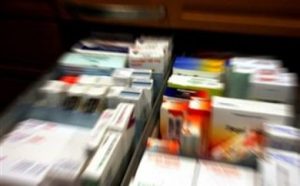 Greece’s Supreme Court prosecutor Yiannis Tentes has ordered an investigation into whether pharmaceutical companies or pharmacists have deliberately created a shortage of medicines to capitalize on the country’s crushing economic crisis.
Tentes has asked all of Greece’s appeals court prosecutors to probe the allegations after Panayiotis Kouroublis, a Member of Parliament from the major opposition party Coalition of the Radical Left (SYRIZA) raised the question in the body. He said  he wants to know if patients have been unduly exposed to illnesses as a result of companies or businesses creating shortages of drugs to manipulate the crisis.
The Athens Medical Association (ISA) has filed an appeal with the Council of State, Greece’s top administrative court, against the government’s decision in November to make doctors issue prescriptions based on the active ingredient of the drugs the patients must take.
Greece is trying to increase its use of generic medicines to reduce its drugs bill in the public healthcare sector but doctors have opposed it, leading critics to say it’s because they benefit from prescribing brand name drugs because of their affiliations with the companies.
Many Greeks also oppose generic drugs because they believe they are inferior although they have the exact same compounds as the brand names.