GRNews
GreekReporter.comGreek NewsEconomyAlmost Half of Greeks are Looking for Work Abroad

Almost Half of Greeks are Looking for Work Abroad 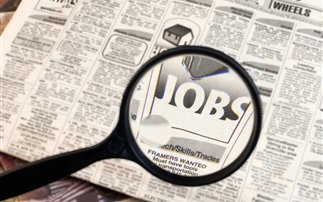 Almost half of working-age Greeks, or 49 percent, are looking for employment abroad, a survey by the Greek office of recruitment specialists Adecco indicates.
According to Dow Jones, thirty-nine percent of the 400 people questioned are unemployed, 48 percent have full-time jobs and 13 percent work part-time, according to the survey. Thirty percent of interviewees said at least one family member is also seeking work in another country.
Greece’s unemployment rate climbed to a record 26 percent in September. The deepening slump has been exacerbated by spending cuts and tax increases imposed to trim a budget deficit that was more than five times the euro-area limit in 2009. The economy will shrink as much as 4.5 percent in 2013 and unemployment is set to rise further, the Bank of Greece (TELL) forecast on Dec. 3.
Seventy percent of interviewees said they’d like to work in a “developed” European Union country such as the U.K., France or Germany, while 45 percent said they’d be prepared to move to a non-EU developed country such as the U.S. or Australia. Twelve percent said they’re seeking jobs in the Middle East.
Thirty-six percent of those questioned said the main reason they want to work abroad is the difficulty of entering, or reintegrating into, the Greek job market; 29 percent cited the general lack of prospects during the country’s recession.
(source: Dow Jones)