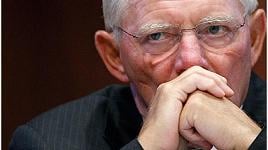 German Finance Minister Wolfgang Schaeuble has sent a letter to the President of the German Parliament in which he stated that Greek debt will be higher than estimated in a recent Eurozone meeting that agreed to release 44 billion euros, $56.7 billion in new aid.

The additional debt burden that Schauble describes in his letter means that if predicted accurately Greece will need more funding before being able to borrow from the international markets.

The letter was also sent to leaders of parliamentary parties in Germany after a question from the Social Democratic party about the new bailout before the body approved its country’s participation as the biggest lender in the Troika of the European Union-International Monetary Fund-European Central Bank.