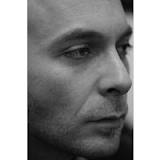 Who says that Greeks are only associated with bad news these days? Dr. Evangelos Katsioulis, 36, from Ioannina,  has brought some good news: he scored the world’s top IQ with a score of 198, according to the World Genius Directory.
The average score on an IQ test is 100 since most people range between 85 to 114. Any score over 140 is considered a high IQ, showing how high in the brain stratosphere Katsioulis is. Number two was American Rick Rosner with 192, who admitted that he studied 20 hours a day trying to gain more knowledge and beat Katsioulis, the Greek newspaper Espresso reported. In third is Croatian Mislav Predavec with IQ 190.
Katsioulis is not the only genius mind of Greek origin since several other Greeks are on the same list. Katsioulis, who has participated in more than 30 international IQ tests over the years, is a professor at the Aristotle University of Thessaloniki. His studies spread over several academic fields, including psychiatry, medical research technology and psychopharmacology.
To read the full high range test results, follow this link http://www.psiq.org/ . Further details about Katsioulis can be found on www.katsioulis.com .