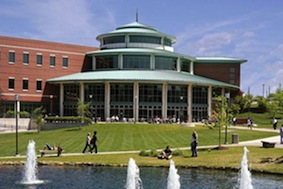 Historians from the U.S., Canada and Greece will present a lecture on Greece and the Balkan Wars: 100 Years from the Liberation of Macedonia on Oct. 27  in the Century Room A at the Millennium Student Center at the University of Missouri-St. Louis.

The speakers will discuss important issues of the Balkan Wars, such as the role that the army and the navy played in the wars, violence and ethnic cleansing, war and propaganda, as well as the Greeks from the Diaspora who returned to fight.

On Oct. 26, 1912, the Greek Army entered Salonica, sealing the liberation of a large part of Macedonia from the Ottoman Empire. That was a catalytic event for the Balkan Wars and changed the course of European history.

The conference is organized by UMSL professor Michael Cosmopoulos, the Hellenic Government-Karakas Family Foundation Professorship in Greek Studies at UMSL and International Studies and Programs at UMSL. the conference will be live transmitted in the website www.greekstudies.org from 9 aa.m. on Oct. 27 until the next morning.