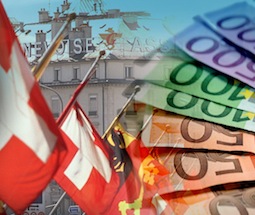 Several heads of Greek companies have made inquiries about the advantages of moving, Sonntag reported, quoting Greek-Swiss Chamber of Commerce president Nikolaos Aggelidakis. Among the firms that have inquired was one listed on the Greek Stock Exchange and active in the food sector, but Aggelidakis declined to reveal its name.
Quoting a source close to the Greek Stock Market, the report said the firm was Perseus Specialty Food products, one of the biggest Greek fish feed producers, with an annual turnover of 41.5 million euros ($53.7 million).
According to Greek media quoted by the report, other Greek firms moving abroad include top dairy producer the Fage group, which wants to move headquarters to Luxembourg for fiscal reasons. Another Swiss newspaper, NZZ, reported that other Greek businesses, including metals company Mytilinaios and distribution firm Jumbos, also want to leave Greece.
Coca-Cola Hellenic decided to set up its HQ in the central canton of Zoug, whose fiscal system is the most favorable throughout Switzerland for foreign firms. The firm is Coca-Cola’s second biggest bottler worldwide and serves 28 countries, from Russia to Nigeria.
The Swiss fiscal policy has infuriated Brussels, as the European Union sees businesses fleeing EU countries to the tax haven of Switzerland.
According to Swiss laws, foreign firms which are set up in the country, pay 51 billions euros ($66 billion) less in taxes per year than Swiss companies, said a Swiss television report.

Serving an ultimatum, Brussels has given Switzerland until December 13, when a European summit is being held, to present a program aimed at dismantling such privileges which are judged discriminatory and anti-competitive.
(source: AFP)