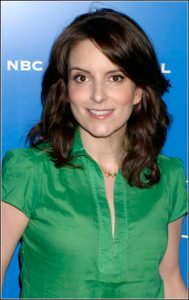 With the television hit “30 Rock” coming to an end, Tina Fey seemed she was going to have plenty of time on her hands to explore other aspects of the industry. However, in an announcement today, Universal said that the actress/writer has signed a deal to work with them on creating more programming for the next four years.

Fey, who found success with her run on “Saturday Night Live” and in movies like “Mean Girls” (which she also wrote the screenplay for), will continue to develop shows for NBC. Although “30 Rock” struggled with ratings, it received critical acclaim as well as numerous awards for both the series overall and Fey as one of its stars.

While it has yet to be determined whether Fey will pursue more projects on the big screen, fans can at least look forward to her comedic abilities playing out on the small screen, and perhaps a leading role on one of the shows.