Crisis Making Prostitutes Of Many Greeks 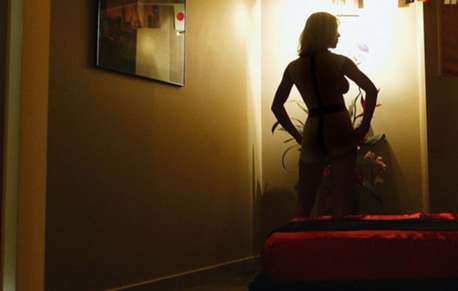 While Greece’s crushing economic crisis and brutal austerity measures have many people wondering where their next meal is coming from and cutting back on spending, the number of people selling sexual services has risen by 150 percent in two years, according to a study by EKKE (Greek Center for Social Sciences) and the Institute of Criminology at Panteion University.
The survey found that many young women and men are working as prostitutes to escape poverty. Other causes are long-term unemployment, drug use and social exclusion and the research indicated that prostitution is totally out of control in Greece, especially in Athens. Sexual services surged during the time of the 2004 Olympic Games, with a rise mostly in the center of Athens.
Only a handful of brothels are operating lawfully with the others having no licenses or health inspections and the government has mainly cracked down on the prostitutes, not their customers. According to KEELPNO (Greek Institute for Public Health and Diseases) the number of HIV victims has risen by 50-60% in 2012 in comparison with 2011.
Source: Avgi.gr