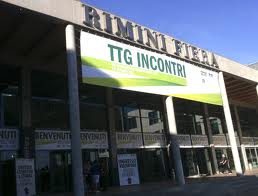 Greek cinema has a well-known paradoxical side: there may be no state funding during a crushing economic crisis, but creativity seems to be surging and changing the dynamics of contemporary Greek cinematography.
The modern Greek cinema consists of many new young directors shooting films and hoping to find sponsors and distributors, get recognition from competitions, enter film festivals abroad and communicate their ideas.
Staying in tune with this wave of creativity, the Hellenic Film Academy, in collaboration with the Onassis Foundation Scholars’ Association, offers a unique opportunity in Greece for film professionals, students and cinephiles to meet with some of the most acclaimed experts in the international film market, work together and take part in a creative workshop to produce a film trailer.
The two-day workshop is called Riding the Greek Wave and aims at providing the Greek audience and filmmakers an outward-looking prospective of the cinema. The event will be hosted at the Onassis Cultural Centre in Athens from Sept. 29-30. The workshop will feature names such as the head of the world famous Berlinale, Dieter Kosslick, head of the Torino Film Lab, Savina Neirotti, programmer of the International Rotterdam Film Festival Bianca Taal and others.
The founder of the major US distributing company”Strand Releasing in non-English countries, Markus Hu, will  lecture on the US market and the future of independent foreign-language productions there while Greek directors hope to ride the wave of crisis and their work to international markets.