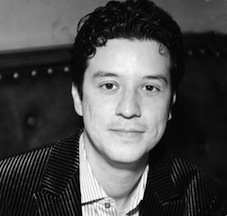 The Raindance Film Festival celebrates its 20th anniversary in London this year, and one of the most exciting independent films included in this year’s line-up is the feature film ‘Dark Hearts’, produced by Adrenaline Entertainment, the company of Greek producer Alexis Varouxakis. The film is a UK-US co-production directed by Rudolf Buitendach, that includes several rising young stars such as Kyle Schmid, Lucas Till and Sonja Kinski.

‘Dark Hearts’ tells the story of a dangerous and unusual love affair that takes place in the underground art scene of Los Angeles. The film focuses on themes of love and deception, and has a dark, urban vibe that adds to the story’s intensity. We interviewed Alexis Varouxakis to get his perspective on the film and the business side of independent filmmaking.

What attracted you to the project ‘Dark Hearts’ in the first place?

I liked the fact that it was an edgy thriller, which I think the young generation today will respond to. The same kids who watched ‘Twilight’ have grown up now and will want something with a little more edge, which ‘Dark Hearts’ definitely has. Also, the film shows a gritty but artistic side of Los Angeles that is rarely seen in films that take place in this city.

You managed to get some big names attached to this independent film, such as Lucas Till (‘X-Men: First Class’, ‘Walk the Line’). How did you grab their interest?

It was simply the fact that I had a great director, great casting director (Heidi Levitt), and a great script by Christian Piers Betley that attracted some huge names. The actors liked the director’s unique vision and the energy that was put into the film. As for the director, I have known Rudolf for about 15 years, and I have produced two or three of his short films. We met when we were both starting out in the film business and we were developing feature film scripts for a while, so our collaboration has been a long one. The first time we both came to LA, it was with a short film that I produced and he directed, and it was selected for the LA International Film Festival; now, ten years later, we have just finished working on our first feature film together, so our partnership has come around full circle.

Tell us about some of your other collaborators.

‘Dark Hearts’ would never have happened without Executive Producer Jack Bowyer. He is the one that got the project off the ground. Jack is a prolific producer, his previous film being the Wesley Snipes horror western ‘Gallowwalker’. I should also make special mention of Producer and Cinematographer Kees Van Oostrum (Gettysberg, Gods and Generals). Kees is a two time Emmy-nominated Cinematographer, a man of amazing vision who has taught me a lot. I feel lucky to have worked with both of them on Dark Hearts.

Do you think there is a possibility that the film’s ‘edginess’ and graphic content may prevent it from reaching certain audiences?

No, in fact I think the edginess is definitely a plus for the target audience, which is the 15-35 year old demographic. The concept of the movie is ‘True Blood’ meets ‘Blue Velvet’, a concept I think young people are going to like, especially coupled with the great soundtrack written specifically for the film. Shirley Manson, the vocalist for the band Garbage, and Gabrial McNair of ‘No Doubt’ wrote original music for the film, music that plays a huge part in the film’s story and atmosphere.

What do you think is the important message that you would like people to take away from the movie?

It would be, ‘be careful who you let into your life’.

Talk to us about Adrenaline Entertainment.

Adrenaline Entertainment is based in the UK, and I have run it alone for the last ten years. So far, ‘Dark Hearts’ is our biggest project to date, and based on its selection for the Raindance festival and the feedback it got at the Marche du Film (Film Market) in Cannes, I am very optimistic about the company’s future.

Is there anything else you would like to say about the movie or the future of Adrenaline Entertainment?

I am just very excited about this movie, and proud to have done it. The great young talent featured in the film has garnered a lot of interest, and I think it is going to reach a wide audience.

As for Adrenaline Entertainment, we are already working on our next project, a script set in New Orleans in the late 50s, inspired by the lives of Chet Baker and Miles Davis. Again, it is a fascinating script and the film will feature great jazz music that will enhance the unique time and location the film takes place in.

The Raindance Film Festival will take place September 26 – October 7 in London. Anyone in the London area should definitely check out ‘Dark Hearts’, which will be premiering as part of the American Indie Strand.