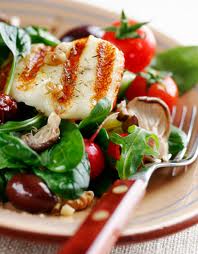 A diet rich in antioxidants and Omega-3 fatty acids, such as that followed in Greece and other Mediterranean countries, could protect the body from melanoma, a type of skin cancer,  according to a study recently published in Nutrition Reviews.

Dr. Niva Shapira said  that the Mediterranean diet helps Greeks have lower melanoma rates in contrast to other sunny countries such as Australia. Shapira, of Tel Aviv University’s School of Health Professions, explained that, “The sun’s rays damage both the skin and the immune system by penetrating the skin and causing photo-oxidation affecting both the cells themselves and the body’s ability to repair any damage.”

She advised a diet rich in foods such as olive oil, fish, yogurt and colorful fruits and vegetables to fight the oxidizing effect of the sun and said the use of hats and clothing to protect against the sun was also a good idea.

Shapira presented her study at a nutritionist conference in Sydney. The Head of Department and Associate Professor in Dietetics and Human Nutrition at LaTrobe University, Catherine Itsiopoulos, praised the work and its significance about the Greek diet also being incorporated into planning meals for children.