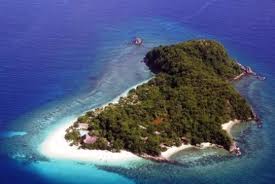 While Greeks are struggling with major financial problems, some international investors have found the perfect moment to buy a small part of heaven in the crystal clear waters of the Ionian Sea and the Ambracian Gulf.
The islet Pera Nissi in the Ambracian Gulf close to Preveza, as well as the Aghios Nikolaos and Alexandros islets close to Lefkada will soon be sold to unknown buyers, Greek media have reported, along with the Kythros islet opposite Meganissi (Lefkada) and the Mavro Oros and Bella Vraka, that will soon go on the block too.
The financial newspaper Euro2day reported that, “Kaltsonissi in Paxi island has already been handed to a big Cypriot company called Roundview Holdings Limited, while Turkish businessman Fikret Inan has expressed his wish to buy the Vouvalos island in the Ambracian Gulf, located few miles away from Preveza in order to build hotels and villas.”
Greece is under intense pressure from international lenders to speed the pace of privatizing state entities as well as selling or leasing state properties to reduce its staggering debt, of almost $460 billion, and meet fiscal targets to reduce its deficit. Prime Minister Antonis Samaras said the country will dispose of islands it feels could be developed to bring in additional revenues.
(Source: atpreveza.gr)