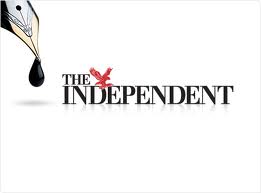 Under the title The Greek Patient Returns for More Help, the British newspaper The Independent described Greek Prime Minister Antonis Samaras’ visit to European leaders to ask for more time to implement reforms and austerity as, “the Greek begging bowl being brandished, once again, in European capitals.”

Samaras was due to meet German Chancellor Angela Merkel in Berlin on Aug. 24 and French President Francois Hollande in Paris the next day, to outline how his country will make $14.16 billion in cuts demanded by the Troika of the European Union-International Monetary Fund-European Central Bank (EU-IMF-ECB) to keep welfare loans coming. He also wants a two-year extension for imposing more austerity and reforms.

Germany is the biggest contributor to a first series of $152 billion in rescue loans from the Troika and a pending second bailout of $172 billion that is being withheld until inspectors determine the progress of previous reforms and see the plan from the coalition government of Samaras’ New Democracy Conservatives, PASOK Socialists and the Democratic Left.

“So far, so familiar,” was the biting comment from the The Independent writer, who added that: “Ahens has been pledged around €180bn in financial support from the European Union and the International Monetary Fund since it crashed out of private debt markets in May 2010. Of this, around €73bn has already been distributed. The country also benefited from a €100bn debt forgiveness package agreed in March, where private investors grudgingly agreed to write down the face value of their bonds by 50 percent. So why, after all this help, does Greece still need to rattle the collection tin across Europe?”

The writer answered the question: “The first reason is the lack of governance that led to a political turmoil back in May and secondly the delay in the privatization program. But the primary reason is that the Greek economy remains mired in severe depression a full five years after its bubble burst.”