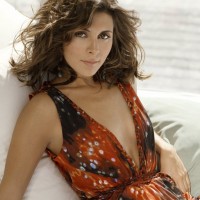 “Sopranos” actress Jamie-Lynn Sigler will star as a mom and wife in the new comedy “Guys With Kids” on NBC this fall. The series is about three 30-something fathers that still have some growing up to do themselves. “Saturday Night Live” alum and television host Jimmy Fallon developed the show, which also stars Anthony Anderson, Jesse Bradford and Zach Cregger.

Sigler takes on one of the female leads, playing the character of Emily. In an interview, she said “[Emily’s] a lot of fun to play. It’s very different for me to play someone up and bubbly, and a mom…that’s new for me too.”

The actress, whose parents are Greek and Spanish, speaks both languages fluently. She grew up in Long Island, NY, and has been singing and acting since the age of 7, getting her big break on the mob drama “The Sopranos.”