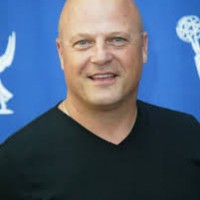 Tracy Spiridakos has been cast in a lead role for the NBC series “Revolution,” which premieres this fall on the U.S. television network.

Spiridakos will play Charlie Matheson on the science-fiction show. The plot revolves around a post-apocalyptic future where people have to adapt to a world without technology after unknown occurrences disable the use of computers, gadgets, electronic devices, and even cars. The Spartan/Athenian actress, who hails from Canada, made her television debut on the hit “Supernatural,” and went on to star in the show “Majority Rules.” She has also appeared in major motion pictures, including “Rise of the Planet of the Apes.”

“Revolution” was created by Eric Kripke, who also is responsible for shows like “Supernatural.” Hollywood heavyweight J.J. Abrams, most noted in television for “Fringe” and “Alias,” will produce the series alongside his production company partner Bryan Burk. The first episode is directed by “Iron Man” and “Cowboys and Aliens” director Jon Favreau.

The show is currently scheduled to air Mondays at 10pm.