Εight Bids for Oil and Gas Exploration in Western Greece 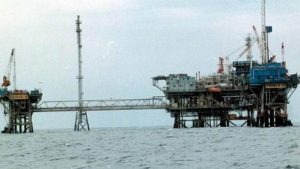 The Ministry of the Environment, Energy & Climate Change announced yesterday in its official website that the country has taken eight bids for oil and gas exploration at the Ioannina block, the Patraikos Bay block and the Katakolo block in Western Greece.
According to the Ministry, eleven companies have submitted for exploration licenses including Edison International, Melrose Resources, Petra Petroleum, Schlumberger, Arctic Hunter Energy and Chariot Oil and Gas.
International interest in exploring western Greece for carbon reserves proved larger than initially expected. “The great interest in exploring and exploiting hydrocarbons in these areas of Western Greece shows that the country is gradually restoring its lost confidence in international markets. Our country can attract new investments, create new jobs, enhance its geo-strategic position and competitiveness in order to exit the crisis,” noted Minister of Environment Evangelos Livieratos.
“It is important that Greece gets back on the energy map at a time when the energy sector represents a great hope for the national economy,” added the Minister.