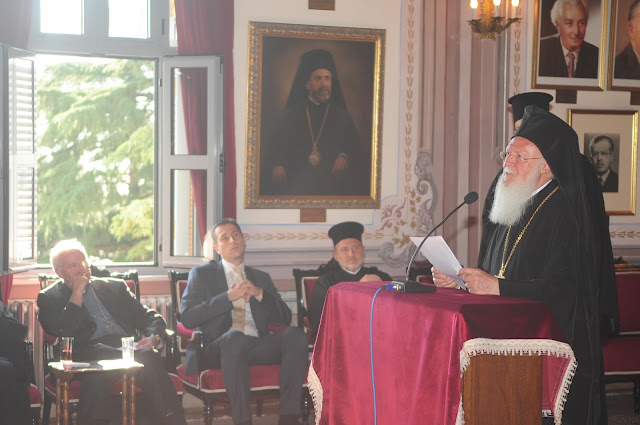 The historic Theological School of Halki will host a gathering from June 18-20, 2012 on global responsibility and environmental sustainability under the auspices of Ecumenical Patriarch Bartholomew, spiritual leader of the Eastern Orthodox Church and a pioneer in the environmental movement, and co-sponsored by the Southern New Hampshire University.

A distinguished group of activists, scientists, journalists, business leaders, theologians, and academics will attend the International Halki Summit focusing on global responsibility and environmental sustainability. At the heart of their discussions lies the recognition that no healing environmental action can be successful without a fundamental change in values as manifested in ethics and spirituality.

Ecumenical Patriarch Bartholomew, often known as “the Green Patriarch” for persistently proclaiming the primacy of spiritual values in determining environmental ethics and action, will preside over this historic gathering. In 2008, His All-Holiness was listed in Time Magazine’s 100 Most Influential People in the World for “defining environmentalism as a spiritual responsibility.”

The Halki Summit follows the tradition of five educational seminars held in this building from 1994 to 1998, as well as eight international symposia held from 1995 to 2009 in the Mediterranean and Black Seas, on the Danube and the Amazon Rivers, in the Adriatic and the Baltic, in the Arctic and along the Mississippi.

In anticipation of the UN Conference on Sustainable Development (UNCSD) Rio+20 which will take place from June 20 to 22th in Rio de Janeiro, Brazil, Ecumenical Patriarch Bartholomew and the World Council of Churches (WCC) general secretary Rev. Dr Olav Fykse Tveit have called on all world leaders to take action against the degradation of the planet and to agree on stronger commitments for ecological justice in the future.