GRNews
GreekReporter.comHollywoodLAGFF: 'A Green Story' Has Greek Heart of Gold

LAGFF: ‘A Green Story’ Has Greek Heart of Gold 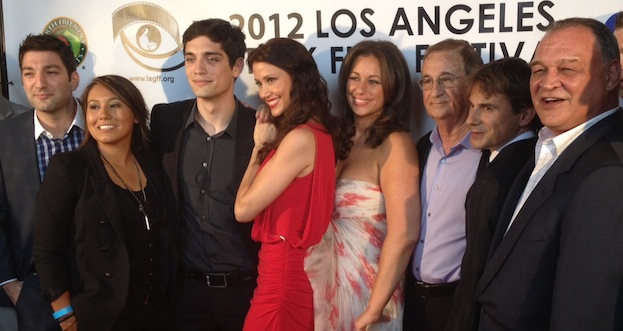 “A Green Story” officially kicked off the 2012 Los Angeles Greek Film Festival. The film is a biographical tale based on the life of Van Vlahakis, a Greek immigrant who traveled to the US with just a few dollars and ended up creating one of the most successful green products to hit the market through his company, Earth Friendly Products.

Watch interviews with the real characters and cast from the red carpet of the world premiere of “A Green Story”:

Agiashvili tugs at the heartstrings with “A Green Story,” as the viewer is taken through Van’s struggles as a young boy dealing with his father’s passing, to his hardships of being a young man trying to find success in America while juggling a wife and two small children, to his unexpected illness. Even harder is Vlahakis’ determination to create a cleaning product that doesn’t use harsh chemicals, and using that as a selling point in a market which wasn’t quite ready for it many years ago. With the surge of “going green,” and all the eco-friendly products being sold on supermarket shelves recently, one would think the effort to sell ECOS detergent (the product that would ultimately turn Vlahakis’ company into a multi-million dollar moneymaker) wouldn’t have been so difficult. But the film proves that perseverance is a major factor in success, and this Greek from the island of Crete refused to give up on his dreams in making the world a “Green”-er place.

On the Red Carpet
Walking the red carpet in celebration of the world premiere of A GREEN STORY was Van Vlahakis and the man who portrays him, Ed O’Ross; Kelly Vlahakis-Hanks and the actress who portrays her, Shannon Elizabeth; and the creative team including Producer/Writer/Director Nika Agiashvili.

(Anastasios Papapostolou contributed to this report)