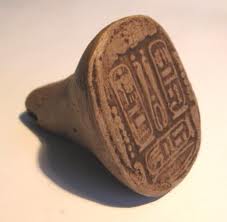 Israeli archaeologists announced today that they discovered the first proof of the biblical references, claiming that Bethlehem was established as a city centuries before it turned into a holy place – Jesus Christ’s birthplace.

Their proof is a ceramic stamp they found close to the walls of the Old City of Jerusalem. On it, there are three lines inscribed in ancient Hebrew scripture. In these words, they detected the word “Bethlehem,” too.

According to archaeologist of Eli Shukron, employed by the Israel Antiquities Authority, this stamp proves that the city was there hundred years before it was documented as Jesus’ birthplace. “For every story of the Bible in regards to Bethlehem, we are now able to say that this city was not a myth,” he stated.

The stamp is estimated to date back to the 7th or 8th century BC and is 1.5 centimeters long. Archaeologists believe that it was transported via a load of silver or agricultural products from Bethlehem to Judea, as a form of taxes paid to the Judean King.

Bethlehem was first mentioned in the Old Testament as the place where Rachel’s tomb, wife of Jacob, was located.