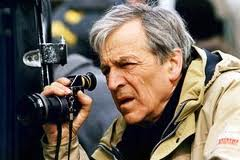 The Festival consists of four special programs, focused on subjects of general interest (The Secret Police) or political figures (The Politician) around the world having inspired cinema.

June 11 is dedicated to Greek political director Costa Gavras, “a prominent director developing the political thriller from the late 1960s through the 80s.” The program starts at 7pm, presenting “Z” (1969), which has been awarded the Jury Prize and the Best Actor prize in Cannes and many other prizes.

“Z” is based on the novel of the same title written by Vassilis Vassilikos and describes “a crucial fictional account of political repression in the 20th century,” occasioned by the assassination of Democratic Party leader Grigoris Lambrakis in 1963.

On the same day, at 9:30pm, “State of Siege” by Gavras will also play. It explores “the brutal consequences of the struggle between Uruguay’s government and the leftist Tupamaro guerillas.” It was nominated for a Golden Globe for Best Foreign Film and for a BAFTA for Best Score.

The first program of the Romanian Festival is dedicated “In Memoriam of Vaclav Havel,” one of the most important politicians of the 20th century. Havel was also a poet and elected President of Czechoslovakia (1989–92) and first President of the Czech Republic (1993-2003).